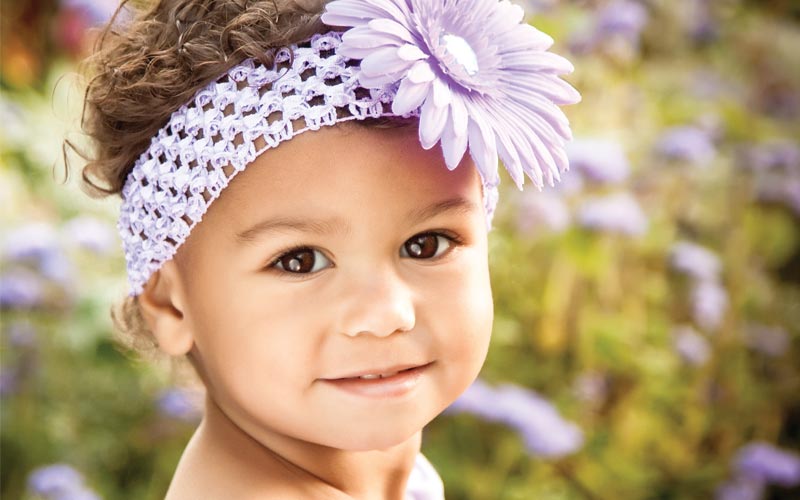 Photographs confirm that a child belongs to a class, a team, a family.

As the trusted name in photography across North America, Lifetouch helps families celebrate, display and commemorate some of the most cherished milestones of their lives — from kindergarten to high school to university graduation portraits. We share in the excitement of Picture Day in schools and witness the power of the printed portrait. Increasingly, psychologists and parenting experts are saying what parents themselves have known all along: Photography plays an important role in promoting children’s healthy self-esteem. It’s a role that Lifetouch is proud to embrace.

During a series of conversations, Dr. David Walsh, founder and director of Mind Positive Parenting, walked us through the origins of self-esteem theory, addressed some commonly held misconceptions, recommended what parents can do to build healthy self-esteem in their children, and shared some fascinating brain science facts about why portrait photography plays such an important role.

“When an infant is born, their eyesight is not very good. What they can see is the distance from Mom’s chest to her face,” Dr. Walsh informs. As a result, babies key into faces very early. “Babies literally make sense out of the world based on faces, and facial reactions.”

Most of us know that when a mother smiles at her baby she increases the chances that her baby will smile back. But what many of us didn’t know until recently is what triggers that response. Scientists have learned that when we humans watch someone do just about anything, the neurons in our brains associated with those actions activate. “They’re called mirror neurons and they are extremely important in helping us read other people. When we see someone crying, our mirror neurons associated with sadness activate in our brain. They’re what help us develop empathy,” Walsh says.

The foundation for self-esteem is laid in the first few months of life. “We are wired to connect. It’s critical to our very survival, and that’s why the ability to connect — what psychologists call attachment — is so important. Attachment parenting, translated into plain English, describes four critical characteristics of nurturing an infant: being present, attentive, attuned and responsive,” Dr. Walsh explains. In other words, when we are consistently tuned in to a baby’s needs, when a child believes they are safe, that their needs will be consistently met, they are able to develop a sense of connection with those in their family, in their world. That critical, earliest sense of belonging establishes a powerful foundation for future connections in life. And it is the hallmark for everything that comes later.

It’s probably not surprising then that a sense of belonging plays a central role in fostering healthy brain development in children. “With that sense of belonging comes security and, from a brain point of view, the cortex is then liberated to really blossom and to work at its highest capacity,” says Walsh. Conversely, when we don’t feel connected, we feel stress, a certain level of threat. If the brain is preoccupied with responding to threat, then brain activity is forced to parts of the brain that are associated with basic survival.

The importance of connection plays out in different ways and can take many forms. Just as Walsh talks about the importance of attachment parenting in infancy, he emphasizes several ways that parents can reinforce a strong sense of belonging throughout childhood. Forming friendships based on common interests creates strong bonds that serve them well into adulthood. “Kids have different interests. For some kids, it’s sports. For some, it’s music. For others, it’s science,” Walsh tells us. The key for parents is to help children “try on as many uniforms as possible so they see which ones they really like. That’s how they discover their best fit.” Whatever they try, it’s important to remember that the first, and most important, team of which they are part is their family.

According to Walsh, that is why photographs of children — be they school, team or family photographs — help them establish a deep and unshakable sense of belonging. He says, “One of the reasons that photography is so powerful is that we’re a very visual species. We have, of course, five senses but we have more brain cells dedicated to vision than all of the other senses combined.” For that reason, Walsh says, printed images are particularly powerful in reinforcing one’s sense of belonging. You know the magic of family photos, the magic of team or class pictures. “We celebrate the birthdays. We memorialize the family holiday celebrations. We remember being on that softball team.” Describing the scene that is played out every time a child brings home their school yearbook, Walsh says, “The first thing they look for is to see where they show up in that book.” Those printed images become a point of reference in their other relationships, too, bringing to mind a typical scene between a child and a loved one. “Here’s where I am in that class picture, Grandma.”

We are also reminded that it’s not just children who get a boost of self-esteem from photography. Portraits serve as important markers of milestones in everyone’s lives. “When we see photographs of ourselves at celebrations or family events, they reinforce belonging, which is so critical to all of us, not just our children.” Photographs are an important part of a family history. When choosing a photographer, keep in mind that the photographer plays two important and powerful roles: “One is the technical part, the lighting, the printing, the framing, all of those things that I don’t know much about as a psychologist,” Walsh admits, “but what I do know is the importance of putting children at ease, making them feel welcome.” He says to look for a photographer who wants to know your child’s name and uses it. “Our name is the sweetest sound in the world. When children hear their name, it reinforces the sense of belonging and activates for them a sense of security.”

Of course, we want our kids to look their best for their photographs, perhaps dressed up a bit and hair combed. But, more importantly, we want them to look happy. We want to see them smile. Walsh says to remember the power of those mirror neurons. “Children are like sponges. They absorb the behaviors they see around them. They have this radar for emotions. If we’re fussing excessively over appearances, or are uptight about getting big smiles, we’re very likely to get the opposite reaction. Relax,” Walsh reminds us, “and so will the kids. And the smile will take care of itself.”

David Walsh, Ph.D., is the author of the national best-sellers, Why Do They Act That Way? A Survival Guide to the Adolescent Brain for You and Your Teen and No: Why Kids — of All Ages — Need to Hear It and Ways Parents Can Say It. His latest book is Smart Parenting, Smarter Kids: The One Brain Book You Need to Help Your Child Grow Brighter, Healthier, and Happier. He also founded, and is former director of, the National Institute on Media and the Family, now part of Minneapolis-based Search Institute, an organization whose mission is to advance the well-being of adolescents and children.